Greatest Jazz Musicians of All Time

Jazz music is a blend of many different people, styles, and sounds, and is unequivocally hard to define. It’s typically referred to as a movement rather than a genre and was born out of the African-American experience, melding African rhythm and expressiveness with European harmonies and instruments.

The musicians at the forefront of jazz have helped spark around 40 sub-genres of instrumental style, and continue to influence today’s music and culture in numerous ways. Although the title of “greatest” can be awarded to many leading jazz musicians, here are our picks for the greatest jazz musicians of all time.

You might know this charismatic trumpeter, composer, and singer from masterpieces such as “West End Blues” and “La Vie En Rose,” and he is known for his involvement in influential jazz bands throughout his five-decade career. With bold style and gravelly vocals, Armstrong formed several successful recording groups, which skyrocketed him to fame. He became one of the first commercially popular African-American entertainers and helped to create the Swing Era, popularize scat singing and solo improvisation, and push jazz into the global spotlight. He was a virtuoso in every sense of the word.

This musical pioneer ushered in the modern jazz era and erratic bebop style. Although he struggled to find recognition at first, Thelonious Monk developed an idiosyncratic piano style that embraced the percussive and dissonant side of the instrument. With the release of his 1956 album “Brilliant Corners,” he became widely popular and critically acclaimed around the United States. His fast, complex, and improvisational style became synonymous with modern jazz, which led him to grace the cover of Time Magazine in 1964. 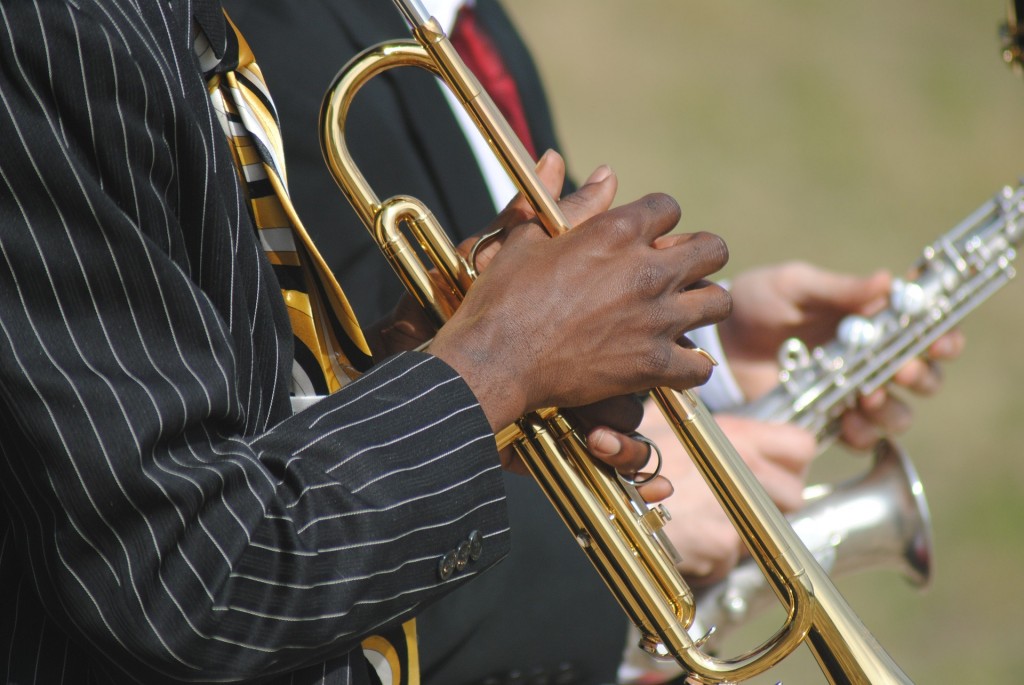 Thanks to leading musicians in the past, jazz is always changing and taking on different forms.

This Julliard-educated trumpet player, bandleader, and composer was always at the forefront of the changing face of jazz. Having received 9 Grammy awards throughout his lifetime, his 1959 album “Kind of Blue” was also credited as the best-selling jazz album of all time. Davis was a crucial part of the jazz fusion movement, as well as the development of cool jazz and modern jazz, and is one of the most recognizable names in the music genre today.

You might remember the “First Lady of Song” from classics like “Cheek to Cheek” and “Dream a Little Dream of Me.” Ella Fitzgerald was known for her wide range, perfect elocution, scat singing, and ability to imitate instruments. She collaborated with many jazz greats, including Louis Armstrong, and won 13 Grammy awards, becoming the first African-American woman to do so. Having one of the greatest voices of the century, Fitzgerald deserves her title of the “Queen of Jazz.”